The Theological Foundations Of Music In Worship

Music has played a prominent role in nearly every service of Christian worship ever conducted-in any culture, period of history, or worship tradition. Music has accompanied every liturgical act, from Entrance rites to sacramental liturgies; it has been used to express every emotion, from grief to joy. It is no surprise, then, that a major portion of this category should be dedicated to discussing the role of music in worship. The following entries include both theoretical and historical considerations regarding music in worship and appropriate suggestions for the practice of music in worship. Music in worship is not an end in itself. Rather, it is a means by which the gospel is proclaimed and by which the people respond in prayer. It may, in fact, be the most universal way for rendering Christian liturgy. Because of this function, any discussion of music in worship must center on the nature of Christian liturgy as much as any musical considerations. Only on this basis can the varieties of music for worship be understood, whether differences in cultural forms of music-making or differences among liturgical, free, and charismatic churches. The following entries attempt to come to terms with this diversity, examining the appropriate function of music in worship and the theological bases for determining this function.

A Brief History Of Â Music In Worship

Throughout its history, the Christian church has used music to proclaim the gospel and to return thanks and praise to God. The history of this musical expression teaches us a great deal not only about the culture and everyday life of earlier Christians, but also about their unique experience of and insights into the Christian faith. These lessons can, in turn, enlighten, emend, and inspire our own worship of God. The history of the church’s song teaches us, for example, how embedded in culture this song has always been. It inspires us by pointing us to Christians who have dedicated their whole lives to the artful craft of rendering musical prayers and proclamation for the service of God in worship. And it reminds us of the tremendous power of music to either enrich or corrupt our faith and the witness of the church. As Christians living today, we have the rare privilege of learning about Christians in faraway lands and times. This section tells the story of a host of Christians, Eastern and Western, European, African, and American. Hearing this story deepens our appreciation of the universal Church and whets our appetites for hearing stories yet untold of Christians on other continents and in other eras.

A Brief History Of Congregational Song

From the earliest times, the people of God have raised their voices in song to praise the living God of creation and redemption. These never-ending expressions of faith have been tremendously varied, both in textual content and musical style. At times these heartfelt songs have been but simple, brief responses of affirmation by the gathered congregation. At other times, congregational songs of praise and prayer have been both lengthy and complex. Regardless of the text and tune, everyone takes part, because congregational singing is for everyone. No one is to be silent. Indeed, all who are capable of speech are called upon to sing their praise to God. In order to promote wholehearted participation, the texts that are sung need to be understood by the members of the local congregation. The music which accompanies each text must also be accessible. Only when the text and tune are understood by those who sing them does the song truly become congregational. Each singer in the congregation is then freed from misunderstanding and distraction and thus is able to sing with conviction. In order to achieve this, some education is needed. In early biblical times the chanting of liturgical texts was taught to the boys and young men of the worshiping community. In later biblical times the surrounding Greek cultural influences were purified and incorporated into the forms of sung praise to Christ. In Europe during the Middle Ages, the Latin hymns that were written adopted the poetic form familiar to those who sang them. Furthermore, when Cyril and Methodius took the Orthodox faith from Constantinople to Russia in the tenth century, they formed an alphabet for the Russian people and translated the services and hymns into Slavonic. When Martin Luther established the chorale, he, too, wrote and encouraged the use of language and music understood by the people of his country and his time. Similarly, the words and music of the Psalters used in the English-speaking world for over two hundred years were well known and loved by those who sang metrical psalms. The advent of the hymns of Watts and the Wesleys brought about another bonding between song and singer, with new textual content and spirited music. Moreover, the hymns of the Oxford movement provided many in England with suitable congregational resources, while the gospel song gave others in America material for evangelism. This is rightly so. Each culture, at any given time, has a need for its own congregational song. According to Donald P. Hustad, congregational song is the tribal music of the church. Likewise, the late Erik Routley called it “the folk song of the church. ” And even though these expressions change from place to place and from time to time, they are living expressions of a common love for God and vital statements of relevant Christian experience. In America, it generally makes little difference to most worshipers whether a hymn was written by a German pastor, an Anglican priest, or an African-American singer. It matters little whether the text is an original work by a Methodist or a Baptist or if the words are translated from another language. It is not so important to the singer that the music comes from the eighteenth century or the twentieth-first century. It is the meaning of the text and the feeling of the music that have become most important. Thus, a multiplicity of texts and a variety of musical styles best serve the contemporary worshiper, giving meaningful expression to belief and emotional release to the deepest longings of the heart. The following entries trace the history of congregational song. Special attention is given to the origin and development of hymns that are still commonly sung today.

A Brief History Of Jubilation

This section covers the phenomenon of jubilation, or wordless song and prayer. It was part of the worship practice of the ancient church, as attested in the writings of the church fathers. During the Middle Ages, it was a common popular expression of devotion to Jesus; and it formed an important component in the devotional expression of the great mystics of the Western church. Jubilation has many features in common with the “tongues” of the New Testament church, and its practice in Christian worship appears to have been a continuation of New Testament usage. The recovery of the tradition of jubilation could have significant impact upon the renewal of worship in the contemporary church.

No act is more integral to worship than singing. The Psalms frequently challenge us to sing to the Lord. The Bible also records numerous songs that the Lord’s people sang. At every juncture of the church’s history, God’s people have sung in worship. At times, the song of the church arose from common experience as folk music. At other times, master composers crafted fine works of art to sing in worship. In each case, singing in worship has expressed the deepest emotions of God’s people as they gather to worship, from joyful thanksgiving to sorrowful lament. The entries in this section describe the variety of songs that have been and are currently used in common worship. In addition, they give practical suggestions for making singing in worship imaginative, inspiring, and faithful to the Scriptures.

Instrumental music was an essential feature of Hebrew worship. The early Christian church, however, rejected instrumental music, largely because of the pagan associations of many instruments. Thus, its church music consisted of exclusively unaccompanied singing. Later centuries again saw the use of instruments in worship, especially the organ. In the twentieth century, music for worship has been accompanied by the widest variety of instruments playing in a wide variety of styles. This section will catalogue many of the instruments used in worship today, giving both historical perspectives and practical suggestions regarding their use. In each case, emphasis is given to how given musical instruments can contribute to, instead of interrupting or dominating, the liturgy of various worship traditions. Particular attention is given to how musical instruments can enhance texts that are spoken and sung in worship.

With the great variety and sheer quantity of music available for use in worship, one of the greatest challenges for worship planners is selecting music for use in worship and deciding how it will be used. These decisions must be based on a variety of factors: musical-music for worship should be well-crafted music; textual-the texts chosen should be faithful to the Bible and communicate their message well; pastoral-selections should be made with sensitivity to the spiritual needs of individual worshipers; and liturgical-choices should be made so as to complement, not destroy the logical flow of the worship service. The following entries offer advice on how to make thoughtful choices based on these factors.

Music is such a powerful force because it is created and recreated in the midst of a group of people who join together to express common thoughts, emotions, and prayers. In addition to careful planning, the use of music in worship requires skilled and sensitive musical leadership. The persons who fill this role should be both trained and well-rehearsed musicians, able to lend confidence to the singing of all worshipers and also spiritual leaders in the community, able to lead in worship by example. The following entries use these twin ideals to describe the various ministries of musical leadership in the church, including the roles of the music director, composer, cantor, and choir. 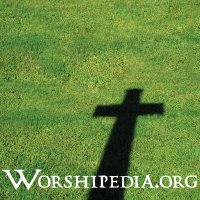